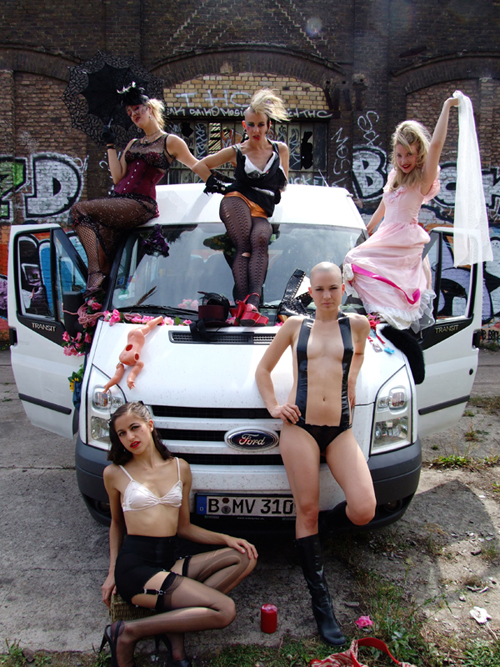 is a sex-positive road-movie by Emilie Jouvet.
It is an explicit documentary about the wild adventures of 7 women on a performance art tour,
who travelled in a van around Europe during the summer of 2009, treaded the stages of famous nightclubs and theaters in Paris, Berlin, Stockholm…

The film documents the tour, the life-changing experiences that the 7 girls go through,
the intersections in their shows and in their lives between pornography and art, performance and reality, personal and political.

Jouvet’s camera filmed it all, from the intimate connections building between the girls,
to the unavoidable tensions and exhaustion of being on the road, from the sexual encounters with the locals,
to the political and artistic reflexions the performers engaged in.