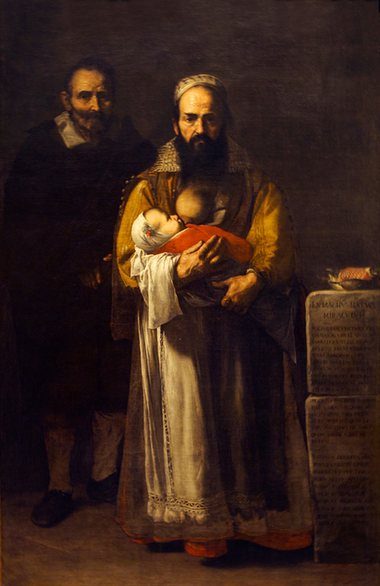 We have just finished watching The Young Pope from Paolo Sorrentino where a mysterious painting catched my eyes. Jude Law, playing a great character as the young Pope, in front of this painting keeps contemplaining about the existence of God, the duty of the Catholic Church, about love, in one word, doing his regular job as a head of the Church.

I have never seen or heard about this Ribera painting. It seems not only outstanding with its topic but the way  how he portrays Magdalena Ventura, the bearded woman is amazing. I am not sure if Ventura was a ´hero´ of gender fluidity of her age – as The Guardian refers – but this picture definitelly worth it to think about.

Gender is a fluid concept in the 21st century. Male and female are ceasing to be conceived as binary opposites. Categories of sexual identity are complex. But when Magdalena Ventura posed to be portrayed by Jusepe de Ribera in 1631, the world was in theory a much simpler and more stable place. In that age men were men and women were women – or were they?

The inscription calls Magdalena Ventura a “great wonder of nature”. That says a lot about how she was seen. Ventura crossed boundaries and broke down categories. Today, we might see this as a conscious and radical defiance of oppressive norms. In the 17th century it made her a curiosity, perhaps even a monster.

Ventura is a fact. She is real. Here she stands. In her absolute originality, Ribera sees not just some freak of nature but the wonder and enigma of individuality itself. Magdalena Ventura broke every law of her world – and Ribera immortalised her for doing so.

Source: The Bearded Woman of Abruzzi | The Guardian